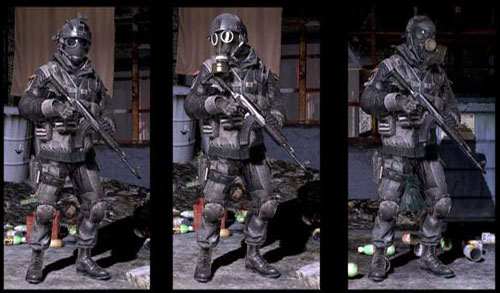 UPDATE: Infinity Ward's Robert Bowling has just denied the information:"Lots of false #MW3 info being reported as fact. There is no Stopping Power, OMA, Commando, or Nukes. Beyond that, you'll have to wait & see."

"There is no Stopping Power period. We also have no such thing as 'team perks'. All other #MW3 MP details remain undisclosed."

"There is blatantly false information in that article. I encourage you to reserve judgement until you have facts."Kotaku has already leaked valid information before, so it's left to be seen if Robert Bowling is just trying to do some damage control.

ORIGINAL STORY: Kotaku has leaked MW3 multiplayer information via their "inside source" that was responsible for the original campaign leak a couple of weeks back. We don't know if this is correct or not, but take it with a pinch of salt.

Apparently MW3 will now feature "team perks" that allows the whole team to work towards to earn:

Modern Warfare 3 should also include the following brand new perks:

Kotaku was also told that the controversial Tactical Nuke killstreak has been removed from the game. MW3 won't support dedicated servers, but should use DemonWare for player authentication. It's unknown if the PC version will get dedicated servers, just like Black Ops did.